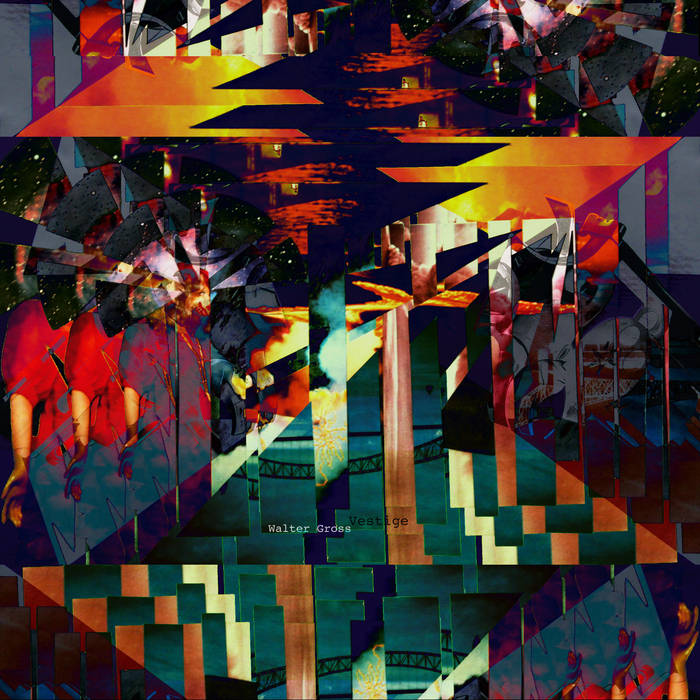 Walter Gross is truly a one of a kind artist, iconoclast and a master of many mediums. He is mainly known for his experimental audio soundscapes, which inhabit a space between dustbowl folk re-appropriations, walls of noise, sludgey trap rap and prog-rock. Its easy to throw a bunch of catch phrases together and make a bio seem compelling, but Walter truly walks these lines with grace and originality. Beyond being a music maker he is a film director and visual artist. His videos are obsessive collages, and unlike so many who utilizes “found art” he brings these pieces to life and creates stunning and unique pieces with them.

Born in Baltimore, currently living in Berlin, Walter has never compromised anything in his life. When he was in LA during the peak of the “La Beat Scene,” he could have gone with the simple laptop approach everyone else was doing at the time, that would have lead to more success and easier club bookings. Instead he opted to do what felt real to him, haul around 60 lbs of samplers, noise pedals and be a one man electro- Godspeed! You Black Emperor, stuck to his guns and doubled down on his style of art.

"Vestige was born out of a cathartic pain-staking process of stripping away my identity, exiting America, surviving Europe, creating in less than ideal circumstances with the least amount of resources I've ever had, while spending the most amount of time on any record while subsequently losing all the source material in my MPC just a week before completion. In the way my first release "Kind of Blues" was a rite of passage for me personally, so then 12 years later this release is also a multi-dimensional rite of passage on an entirely different level." - Walter Gross

Words don't do music like this justice, after a decade and a half of DIY releases you can feel his vision coming together and his approach shifting to serious song writing and compositions that are the perfect sound track for the Mad Max era we are entering.

Walter is a one of a kind genre defying artist that stands as a testament for and against the times, the kind of artist that Black Box Tapes was founded to stand behind.

Bandcamp Daily  your guide to the world of Bandcamp